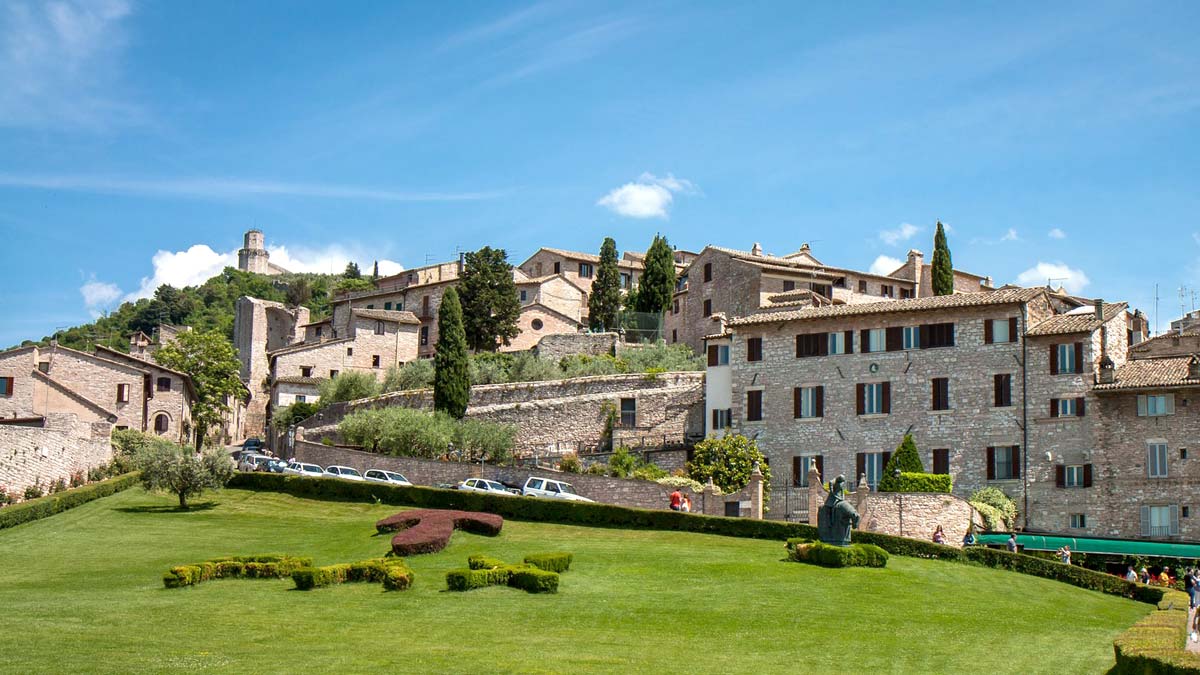 From a religious pilgrimage site to a famous film setting: join our tour through the rolling green hills of Tuscany and Umbria and discover the artistic jewels of Assisi, Cortona and Perugia. Cortona, a delightful hilltop town of ancient origins bursting with architectural treasures and offering spectacular views over the surrounding landscape. You will immerse yourself in the setting of the famous movie ‘Under the Tuscan Sun’, which was filmed in Cortona in 2003. Assisi, San Francesco’s birthplace, stands on the top of a hill overlooking a picturesque valley surrounded by gentle slopes and vineyards.

Following San Francesco and Santa Chiara’s footsteps, you will be guided along winding streets and alleyways to the historical and artistic treasures of this Medieval town. In the superb Basilica of San Francesco d’Assisi, gazing Giotto’s frescoes of San Francesco’s life, you will learn the history of this important spiritual centre.

There will be some free time to stroll around and relax in the enchanting atmosphere of this Umbrian jewel. The tour ends in Perugia with the opportunity to stroll through the old town in search of ‘springs and fountains’, ‘beautiful views’, ‘Etruscan walls and doors’, ‘parks and gardens’ through trails that wind between the five historic districts of the city: Porta Sole, Porta Sant’Angelo, Porta Santa Susanna, Eburnea Gate and Porta San Pietro.

The city, founded by the Etruscans, is rich in history and monuments, including La Fontana Maggiore, which is one of the main monuments in the city and a crucial example of medieval sculpture, the Etruscan Arch of Augustus, which is the largest monument among Etruscan remains, the gateway of the Etruscan walls, the Palazzo dei Priori and the Rocca Paolina. 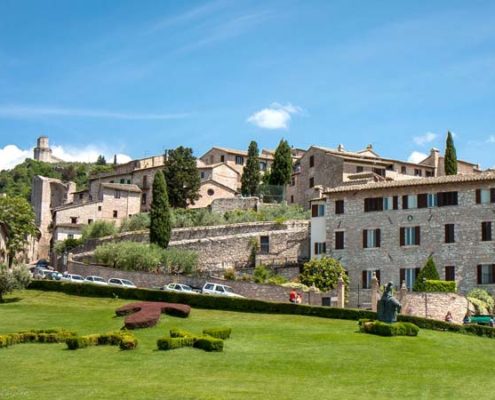 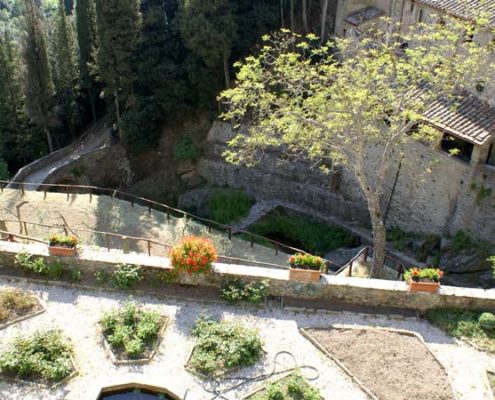 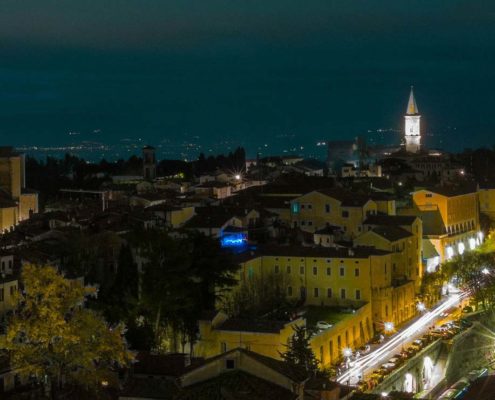