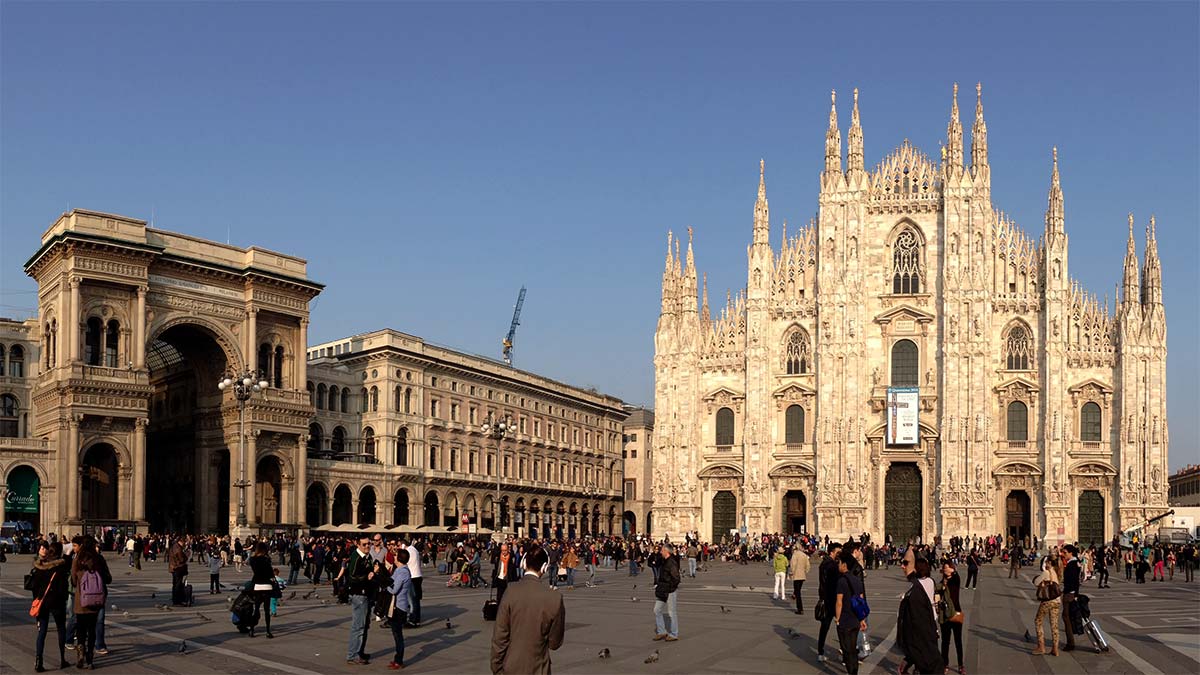 Departing at 7:15 am from the Hotel Massimo D’Azeglio by a deluxe coach, you will arrive in Assisi, ready to explore, at your own leisure, this tiny town surrounded by walls, built in the Middle Ages. Take your time to visit the basilica of St. Francis, where you will see masterpieces by Giotto and Cimabue and, then, have free time for lunch (not included). Board on the bus to reach Siena, a Unesco World Heritage Site, world-known for the Palio, the historical horse race around the shell-shaped town square: Piazza del Campo. Next, you will continue on to Florence, where you will check in at your hotel before enjoying dinner and a well-earned night of rest.

After breakfast, you will spend the day venturing around beautiful Florence, the “Cradle of Renaissance, where, with the help of Michelangelo, Italian art reached its pinnacle. Based on etruscan-roman origins, the city ourished in the Middle Ages as a free “Comune” and was further re ned during the Renaissance. You will be fascinated by the uncountable monuments, churches and buildings as Santa Maria del Fiore, more commonly referred to as the Duomo. On your visit, you will be amazed by its magni cent dome built by Filippo Brunelleschi. Cross a small piazza to see the “Campanile” tower (partly designed by Giotto) and the Baptistery, with its bronze doors where Michelangelo imagined the “Gates of Paradise.” In the heart of the city, you will see Piazza della Signoria, Palazzo della Signoria (also known as Palazzo Vecchio), and the Basilica of Santa Croce. Lunch in a typical Tuscan restaurant in Piazza Santa Croce. Spend the afternoon strolling the cobblestone streets of Florence on your own or take a short trip to Pisa (optional), one of the four main historical Marine Republics of Italy. There, you will tour the Piazza dei Miracoli with the Duomo, Pisa’s symbol “the Leaning Tower” and the Baptistery. Dinner at leisure, overnight stay in Florence.

After breakfast in Florence, departure to Bologna. There, you will discover the elegant city centre with its “porticos”, it’s shopping streets and so on. From Piazza Malpighi you will walk to Piazza del Nettuno and Piazza Maggiore (Neptune square and Major square) in the heart of the city, then King Renzo’s Palace; Palazzo Podestà and the basilica of San Petronio, one of the biggest in the world. Bologna it’s a real gourmet’s heaven…don’t miss a tasty meal at your own leisure! In the afternoon, continue toward Padua, with Sant’Antonio Basilica: one of the most visited churches by pilgrims of the catholic world. Later in the afternoon, arrival in Venice: the City of Love, one of the most romantic cities of the whole world and, undoubtedly the most beautiful city built by man! Check in at your hotel for dinner and overnight stay.

After breakfast at your hotel you will head to Milan. Once there, you’ll have the day to explore this hectic city, world-known for fashion and design, before checking in at your hotel for some rest.

*From Venice to Milan, up to five people, the transfer will be by train.

Departure at 8:30 am from NH Touring in Milan to the Lake Orta, a small and charming lake situated in the north-eastern side of the region Piedmont. Stop in the beautiful village of Orta San Giulio for a short visit. Then, tour by boat to reach the island of San Giulio, just in front of the village: it is known as “ the Pearl of the Lake”, almost entirely occupied by the Monastery Mater Ecclesiae, famous for studies on antique books. After a short visit, you will take the ferry back to Orta and then leave by bus to Stresa, on Lake Maggiore, one of the largest Italian lakes. Wedged between the pre- alps, and of clear glacial origin, it is framed in its lower section by the soft hills of the region of Novara and – in the upper section – by high mountain peaks with perpetual snows. These features make possible an average temperature during all seasons, milder in winter than in the inner areas and cooled down in summer by the breezes that blow on the water’s surface changing the lake’s colour. Thanks to its mild climate, many species of owers and plants typical to the sub-tropical climate could adapt to the lake areas climate. Arrival in Stresa, an international tourist resort situated in a central but also panoramic and picturesque position along the lakeside roadway, just in front of the ‘Borromee’ islands. Free time for lunch. In the afternoon, tour of the “Isola dei Pescatori” (Fishermen’s Island) by boat. The island, was named after the main activity that, over the centuries, has characterized this shermen town. Although only few families still maintain the original activity, the identity of the small community appears intact. Tourists are fascinated by its simple houses, the narrow lanes, the stone portals and the attractive underpasses. We will continue to the “Isola Bella” (The Beautiful Island), where you might opt for a visit of the Borromeo Palace with its magni cent gardens. Return to Stresa (free time for lunch, not included). At the and of the visit departure to Como. Overnight in the hotel.

Enjoy breakfast at your hotel before setting off on a short visit of Como, a small town with amazing natural panoramas of mountains, lake Como, and wild alpine valleys. You’ll also see the industrialized Brianzola hill, downtown Como, and the small houses in the village. The lake itself, sometimes called Lario, has long been famous for its y-shape, its three branches intersecting at Bellagio, that you will visit via boat. Separating the lake’s two southern arms with the alps dominating the horizon to the north, Bellagio is home to some of the most charming landscapes in Italy. Spend some time strolling this picturesque village with its small streets, luxury hotels, villas, and gardens, stopping for lunch in one of the many cafés in town (not included). Back on the boat, you will make your way to Varenna that afternoon, where you will have a panoramic tour before moving on to Bergamo, a truly historic and artistic jewel characterized by its urban structure: the “lower town” (città bassa) is modern and dynamic, while the famous “upper town” (città alta) houses the city’s medieval history. After a short walking tour in the city center, departure to Brescia, where you will check in at your new hotel for the night.

Lake Garda, the largest lake in Italy, is the next destination. After breakfast at your hotel, you will have a panoramic tour of the lake’s west coast, taking in the splendid natural scenery: brilliant colors, the Dolomites of Brenta, and the gentle slopes of the moraine hills. Enjoy the area’s rich vegetation, including lemon trees, oleanders, magnolias, and bouganville that ourish thanks to the mediterranean climate. So be sure to taste some of the olive oil and wines made locally. Next, you will move on to Sirmione, where you will see the lake Garda and its surroundings at their nest. See the sun shining off of the lake’s blue waters and tree-lined shores, the Sirmione cape, the Castle, and the Catullo’s ruins during a boat tour. Back on land, you will have free time for lunch before departing for Riva del Garda on the north side of the lake, where you will see its venetian-style historic center. Verona will be your nal stop of the day, where you will check in to your hotel for the night.

Fuel up on breakfast at your hotel before setting out to see the famous city of Verona, a work of art in itself. This fascinating crossroad of historical periods and cultures (both classical and germanic) is a blend of both nordic and mediterranean in uences that is both ancient and modern. A walk through its narrow streets will allow you to get in touch with Verona’s varied and fascinating past: traces of its splendid roman origins, its medieval structures, its magni cent renaissance palaces, as well as the impressive forti cations protecting it. The combination of art and history will fascinate you. Spend some time eating lunch (not included) before departing for Milan, where your tour will come to an end. 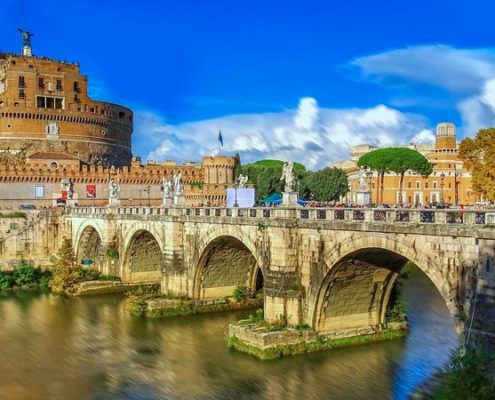 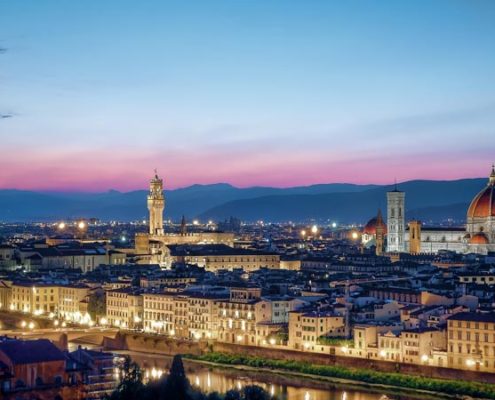 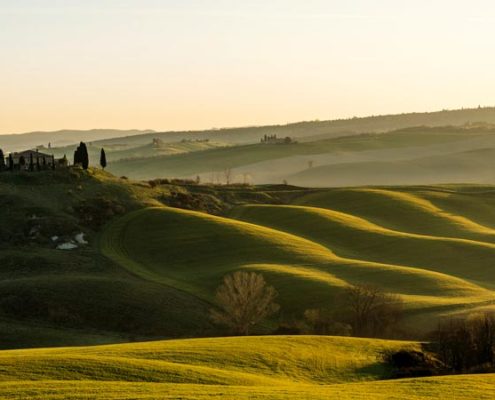 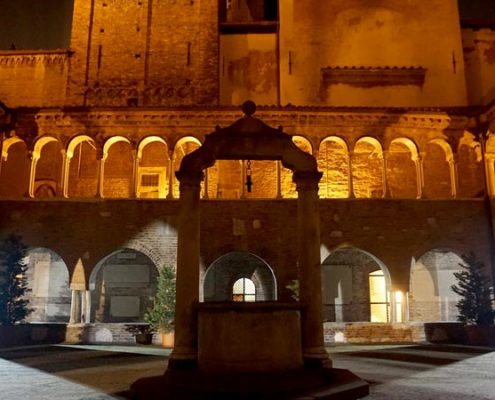 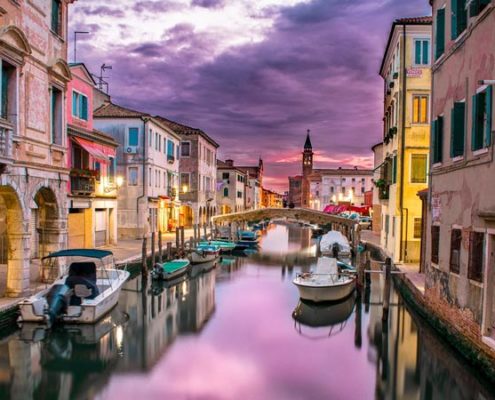 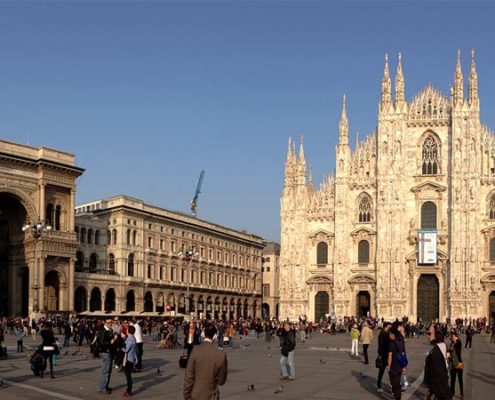 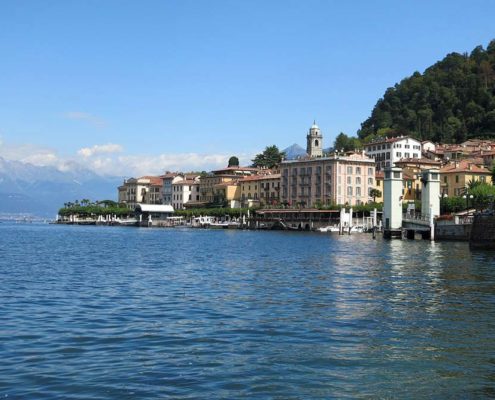 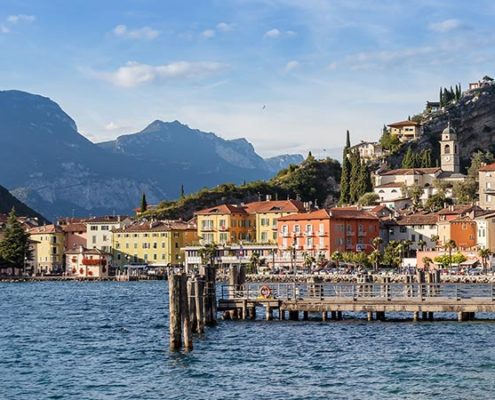 *During trade shows in Milan a supplement applies and accommodation in central Milan is not guaranteed.