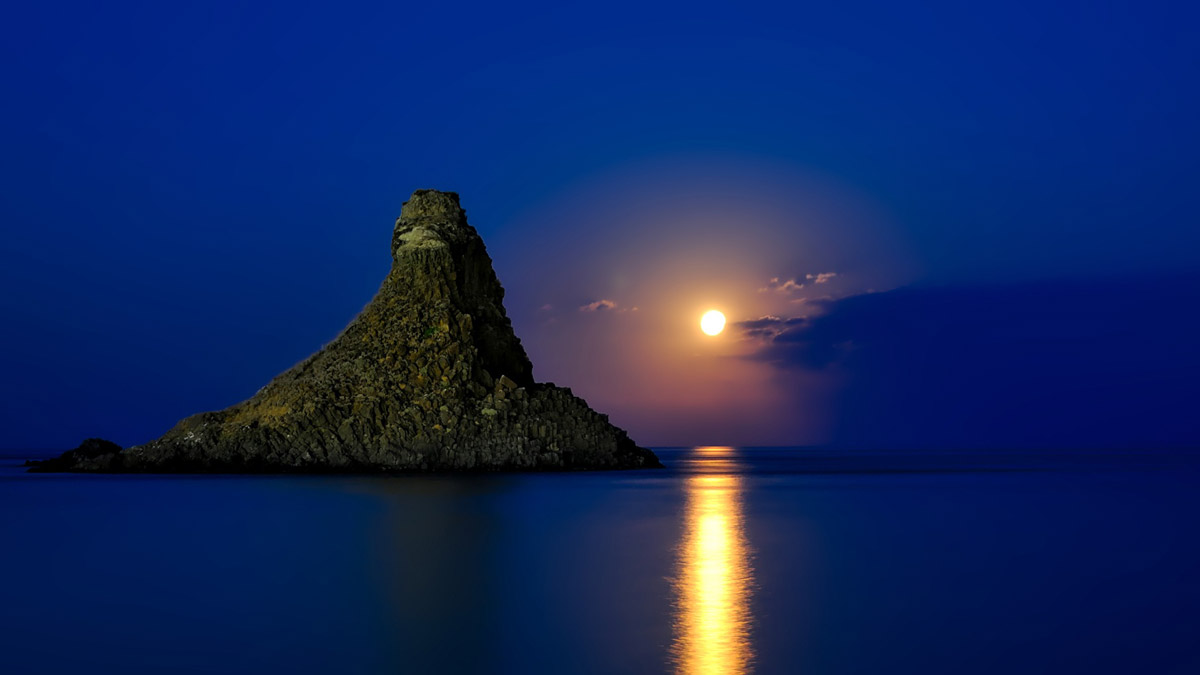 Independent arrival at the hotel in the charming city of Catania (optional private transfer on request). Meet with our tour-leader; dinner and overnight in hotel.

After breakfast in hotel we will visit Siracusa, the most beautiful and greatest Greek colony in Sicily and World Heritage Site! The visit will start with the Archaeological Park of Neapolis, with its Greek Theatre, the Roman Amphitheatre, the Latomie of Paradise and the Ear of Dionysius. We will continue visiting the splendid Ortigia, a small island which is the historical centre of Siracusa. In Ortigia you will admire the beautiful Cathedral which dominates the square with its authoritative presence. The present façade is a powerful Sicilian-Baroque composition but it gives no hint that this building was once a Doric temple! From Piazza Duomo you will reach a wide terrace on the waterfront surrounding the famous Arethusa’s Fountain, one of the most famous fresh-water sources of the Greek world. Free time for lunch. Departure to Noto, the capital of Sicilian baroque, famous for its fine buildings of the early eighteenth century and declared Unesco World Heritage Site. Inspired by Baroque ideals of “open city”, Noto is a rare masterpiece and the most clear example of theatrical tastes in 18th century architecture whose local limestone has been burnt gold by the sun. Noto’s Baroque is in fact a game of elegant curves, floral weaves, perspective views palaces and gardens, capitals and ornaments that adorn the facades of churches and monasteries. We will visit Palazzo Nicolaci Villadorata, beautiful noble residence in Baroque style and once the residence of Don Giacomo Nicolaci, a patron of the arts. Back to Catania for dinner and overnight in hotel.

This morning we will leave to visit Etna the highest (c. 3350m) volcano in Europe and one of the largest and most active in the world, nowadays Unesco World Heritage Site. Its regional park protects 59.000 hectares of unique geology, flora  and fauna, villages and farms, and traditional methods of forestry, bee-keeping, wine manufacture, stonework and carpentry. We will reach the “Crateri Silvestri”, small volcanic cones now inactive, surrounded by ancient lava flows. The view beyond the mountain’s hundreds of subsidiary cones and craters, can extend across the whole of Sicily , the Aeolian islands and Calabria. The spectacle is unique! Later we will visit a company of beekeeping: visit of the honey extraction lab, tasting of homemade honey and typical products of the area. We will proceed to Taormina, charming town renowned for its magnificent position above the sea  commanding a celebrated view of Etna! Lunch in a typical restaurant where you will assist to a show-cooking lesson for some typical Sicilian cuisine dishes. In the afternoon we will visit Taormina’s fascinating Greek theatre, and then you will have free time for a nice walk among the picturesque medieval typical narrow streets and go shopping and looking around the local handycraft (coral jewels, precious laces, ceramics, sweets and much more). The day will end with an overview of the beautiful Riviera dei Ciclopi. Back to our hotel in Catania for dinner and overnight.

Today we will visit the  historical centre of Catania stated Unesco World Heritage Site, with its original baroque style and its unique streets built with black lava stone. The colour scheme of the city-centre building in fact is black and dark grey, relieved with white limestone details around the doors and windows. The result is extremely elegant! The city still preserves ruins of the Imperial Roman period despite having been rebuilt after the earthquake of 1693. Catania was the capital of the Kingdom of Sicily under the Aragonese dynasty. The walking tour will start across the “pescheria” (the ancient fish market) to reach the scenic Duomo square with its magnificent Cathedral and the famous “Liotru” statue, antique lava-stone elephant, symbol of the city. Not far from here we will reach the University Square and we will have a walk along the splendid baroque Via dei Crociferi, the most representative 18th century street in Catania, where we will admire the famous S. Benedict Monastery, Unesco World Heritage Site. We will continue walking along the precious historical city centre. Free time for lunch. Transfer to Cefalù, charming medieval town situated at the northern coast of Sicily. We will visit its stunning Norman Dome and you will have free time to stroll through the town or to visit the famous and well-known Mandralisca Museum. We will proceed to Palermo for overnight. Dinner at the hotel or in a restaurant nearby.

After breakfast in hotel, the morning will be spent visiting the capital of Sicily Palermo, one of the richest towns in the island for its history and art. Palermo stands on a bay at the foot of Mt Pellegrino, a headland described by Goethe as the loveliest he had ever seen. While the Baroque predominates, there is a profusion of different architectural styles reflecting the city’s multicultural past, including an elegant opera house! We will visit the wonderful Arab-Norman Cathedral, the astonishing Martorana Church and the amazing Cappella Palatina, mirable example from an historical and an artistic point of view, of how different cultures, religions and way of thinking apparently incompatible can coexist. Ruggero II in fact employed both Bizantyne, Muslim and Latin workers. Continuing our walk we will admire the debated fountain in Pretoria Square, situated in the ancient Kalsa area and adorned with XVI century sculptures. Along the visiting day we will have a stop for a food surprise in the famous Antica Focacceria San Francesco. Free time for lunch. Later on we will proceed to Monreale to visit its huge Norman Cathedral, proclaimed the Eighth Wonder of the World, and its splendid Cloister in Arab-Norman style: admirable masterpiece of art, sculpture, and semi-precious stones marquetry! In the afternoon we will continue to Marsala in whose port Garibaldi landed in 1860. Visit of a prestigious wine cellar and wine tasting. Dinner and overnight in hotel.

This morning the tour will continue along the charming and well-known Salt Road: the west coast of Sicily with many salt marshes, which have given rise to one of the oldest salt-extracting industries in the world. Between Trapani and Marsala they are now protected, in part because of the interesting birdlife, and also as important sites of industrial archaelogy.  On the way you will see the nice Island of Mothia (situated at the centre of a large lagoon in Marsala, known today as ‘Stagnone‘), and the famous Salines and windmills. Departure to Selinunte to visit the largest Archaeological Park in whole Mediterranean and World Heritage Site! Surrounded by a splendid landscape near the African Sea, we will walk among the rests of the ancient Greek city. Free time for lunch. Transfer to Agrigento and visit of the Valley of the Temples stated World Heritage Site, where among hundreds of almond trees, the rests of the ancient Akragas rise. It was defined by Pyndar “the most beautiful city of mortals”. Once one of the most prosperous of the ancient Greek cities on the island, Agrigento presents a remarkable series of Doric Temples of the 5th century. You will see the “Temple of Hera”, the “Temple of Concordia” and the “Temple of Heracles”. Accommodation in hotel, dinner and overnight.

Proceeding on we will reach Piazza Armerina where we will admire the splendid polychrome mosaics of the famous Villa Romana del Casale, World Heritage Site. The complex, which has some of the most extensive and most beautiful Roman mosaics known, is a World Heritage Site. This majestic villa, belonged to a member of the Roman Senatorial aristocracy, hosts prestigious mosaics representing mythological and historical episodes and scenes of hunting and entertainments! After free time for lunch, departure to Ragusa Ibla and visit of its historical centre cradle of Sicilian baroque, with its Cathedral, situated in the beautiful square of the Dome and the “giardino Ibleo”. Used as a location of the extremely popular Police Inspector Montalbano Tv series, it is today stated among the 44 Italian World Heritage Sites. This little precious ancient city, well known thanks to the Commissario Montalbano television series, hosts more than 50 churches and many baroque architectural treasures. We’ll conclude the visiting day with a tasting of local products. Proceed to Catania for dinner and overnight in hotel.

Breakfast in hotel and end of services. 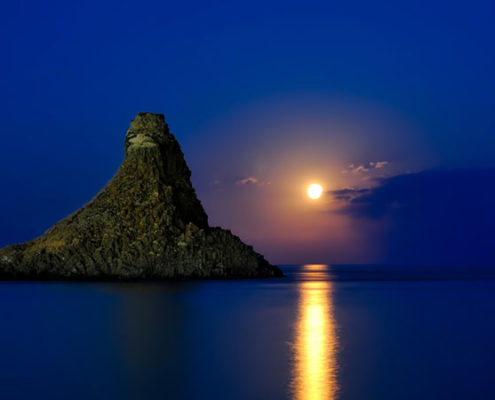 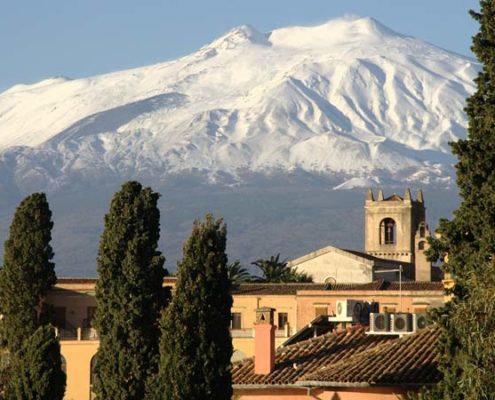 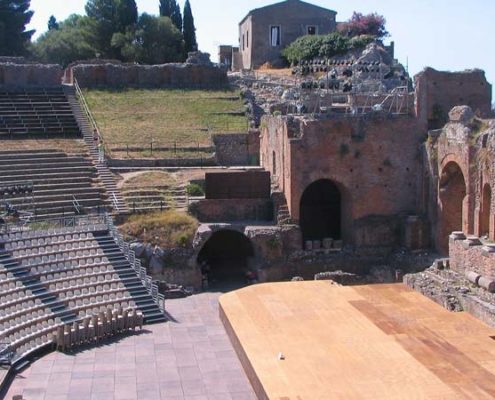 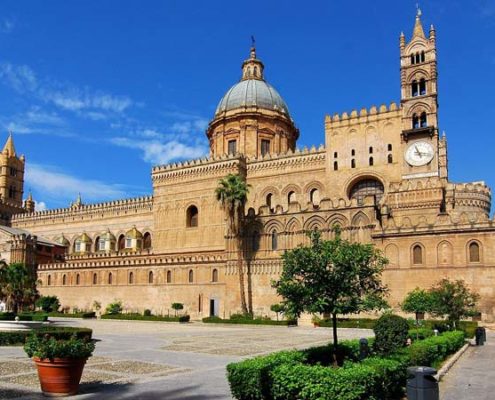 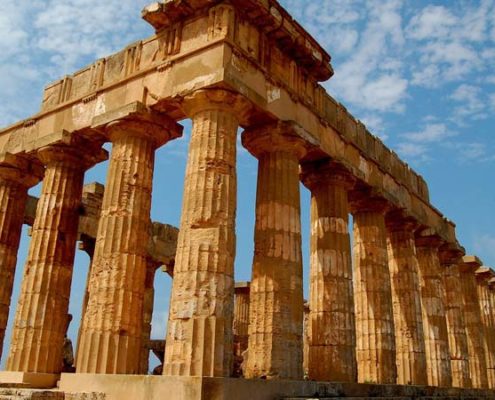 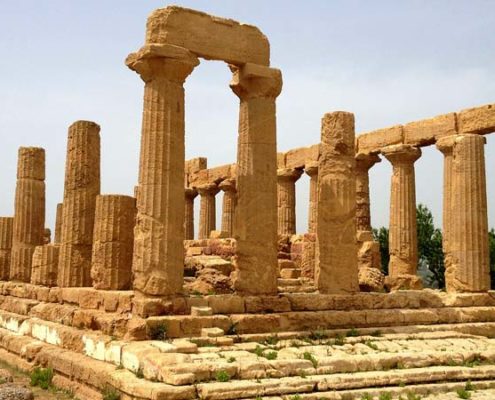 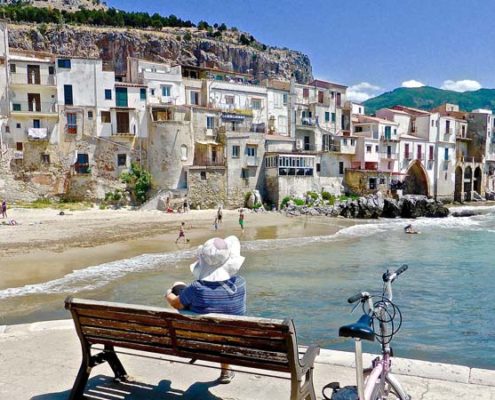 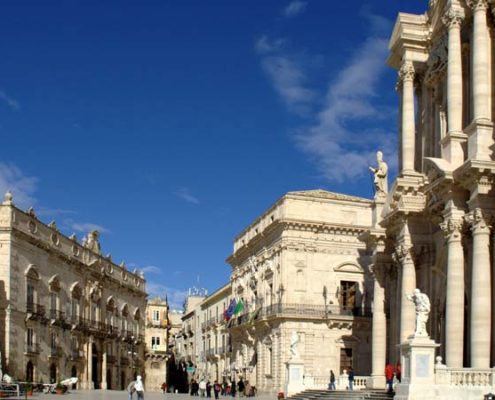 Extra fees entrances (to be confirmed)

Milan Daily Tours
%d bloggers like this:
We use cookies to ensure that we give you the best experience on our website. If you continue to use this site we will assume that you are happy with it.Ok
Scroll to top